Apology notwithstanding, I wonder why the tweet happened? Not only was it foul, but it was inexplicable. And it has raised other questions.

Is it simple misogyny, because Davis is getting the kind of attention that Casselberry might want? In addition to the Disney movie, Davis has a line of shoes and a new autobiography — “Mo’ne Davis: Remember My Name” — and is the subject of magazine covers and interviews on ESPN. Maybe her success made Casselberry feel left out, so he reached for the most reductive word for women that he knows.

Or does this visceral association, this connecting of two unlike things, of 13-year-old and slut, happen because Davis is black?

I always find comments about “egos” in discussions regarding college basketball players fascinating. Most of these guys have spent greater part of a decade playing on AAU/Traveling teams that are essentially All-Star quads, so why would playing with a bunch of McDonalds All-Americans be all that different?

Here is LeBron James with a recent example of the effusive praise of John Calipari’s ability to manage egos:

“What I admire is how he’s able to take, year after year, these high egos coming out of high school and turn it into a team,” James said of Calipari. “He makes them believe, not even believe, it’s what it should be, that the team is more important than the individual. No matter who you are, no matter where you come from, in order for the team to have success everyone has to buy in.

Calipari does deserve some credit, as does any coach, but his ability to manage his player’s egos does not seem particularly unique.  Rather Calipari’s success seems to lie mostly in getting talented players to embrace the challenge of earning playing time on as close to an approximation of an NBA roster you’ll find in college ball.

And it’s not like this is all that new. Take a look back at how many lottery picks were on those UNC & Duke teams of the 90s for example. Or the in the 80s when UNC had Jordan, Sam Perkins and James Worthy on the same roster.

Moreover, why does Calipari rarely get credit for developing players like Willie Cauley-Stein, Malcolm Lee, the Harrison twins, or Dakari Johnson? While people are focusing in one his “one and done” players, Calipari is developing a quality core of upperclassmen who provide the experience and resiliency often needed to overcome challenges and mentor Calipari’s highly touted freshmen.

This E-60 profile on Penny Hardaway and his work as a Middle School basketball coach in Tennessee is powerful. As a person who was often in awe of Penny’s brilliance in the early 90s, watching this second act in his life makes me only appreciate his skills even more.

Blows my mind that this song can now count as “old school,” or that virtually every current college student was younger than five years old when it came out.  But what they say… 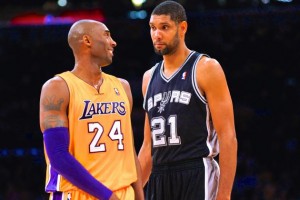 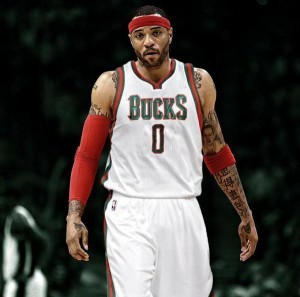 One of the images that I have never forgotten during my first trip to South Africa in 1998 was the sight of a mall security guard armed with an automatic rifle. I was visiting a mall in a few miles down from the University of KwaZulu- Natal in Durban. Pulling into the parking lot the mall seemed like virtually any other strip mall that you’d encounter in the United States. Up to that point, I kept on thinking how Durban’s proximity to the ocean and lush rolling hills reminded me of parts of southern California. However, as soon as I saw the security guard with the machine gun, all those analogies disappeared. I became obsessed with imagining what it must feel like for the teenagers in that community to see heavily armed guards every time they want to kick it at the mall. That mall guard became the personification of a hyper-militarized state…one which…in all honesty…I took comfort in not residing. 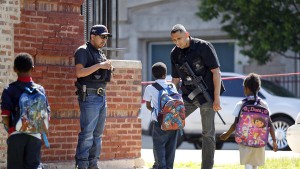 spotted this photo on a friend’s facebook page.  These are police officers. They are not mall security guards.  For some that’s reason enough to explain the assault-rifle strewn over the officer’s shoulder as he talks to these children on their way to school.  For me, I see a different picture, a different explanation.  For me I see the answer to that question that lingered in my mind for days upon first encountering that guard in Durban: “what does it feel like to grow up in a community where people are so heavily armed?”

Growing up I was always miffed that I was not old enough to have enjoyed the New York Yankees success in the late 1970s. By the mid-80s when I was a pre-teen and had a better sense of the world, the Yankees were a hot mess. Just think about it, George Steinbrenner was banned in this period for trying to setup/blackmail future MLB Hall of Fame player, Dave Winfield whose only blemish was that in Steinbrenner’s mind Winfield was not as good/marketable as Reggie Jackson.

The last twenty years have been far different. While the Yankees have not been the same juggernaut that they were in the late 90s, the team continues to contend and has the playoffs more often than not this past decade.

It goes without saying that Derek Jeter was a pivotal force in the Yankees 1990s renaissance. And while I normally cringe at sendoffs for pro athletes, I have to admit that the tributes to Jeter have for the most part been really well done.

The Gatorade ad below is another one of the tasteful goodbye’s to the Yankee Captain.

Nearly twenty years ago I was sitting in the same position as many students in this room are tonight. One the one hand I was eagerly looking forward to what was to be my senior year in college. I had just spent a wonderful summer as a research associate at NYU where I met a friend who many of you may know as professor Neil Roberts. On the other hand, I was haunted by unfolding details of a gruesome police brutality incident that took place in August of that year.

On August 9, 1997 a Haitian immigrant named Abner Louima was beaten and sodomized with the end of a broom handle after being arrested outside a Brooklyn nightclub. The incident shook New York’s Haitian community, particularly those of my parents’ generation who had fled Haiti in part to escape similar forms of brutality from the island’s nefarious ton ton macoute militia.

As I arrived on campus that year, Louima’s beating was a recurring topic of conversation among my classmates, members of our campuses BSU, Haitian Club, and Caribbean Student Association. In Louima’s assault we had discovered a common ground, one that was pivotal for a lot of the organizing we did together that year.

It was also a clarion call for provocative dialogue with my professors and I as we interrogated the chilling connections between police brutality in the United States and neo-colonial oppression in Africa and the Caribbean, and of course the painful history state violence inflicted upon African Americans in the United States. To say these conversations have stayed with me ever since would be an understatement.

When I set down to write my opening remarks I stumbled upon a connection between Abner Louima’s assault and Mike Brown’s murder that I had not expected. Both occurred on August 9th. That connection was startling enough.

Digging a little deeper, I realized that Louima’s was only one of many police brutality incidents that would galvanize a campus community with which I was affiliated. There was Amadou Diallo’s murder when I was at Yale and murders of first Sean Bell then Oscar Grant murder when I was on faculty at Eugene Lang. I know that I speak for all the educators in this room when I say we will gladly stop having panels like tonight when these atrocities stop happening.

However, since they likely won’t stop tonight, tomorrow, or sadly maybe even by the end of your tenures here at Williams, be that this December or spring 2018, it is our fiduciary responsibility to invoke the dialogue. And it is in this spirit that we are gathered this evening.

Robert Lopshire’s Put Me in the Zoo has emerged as one of Turtle Biscuit’s favorite bedtime stories. I’ve also grown to appreciate this story over time. The main lesson that what you want is not necessarily the best thing for you, and in fact there may be something even better out there if you open yourself up to that possibility is one that resonates with a person of any age.

I’m not quite sure if Turtle Biscuit understands the nuances of this story, but it is clear that understands the plot twist. She appears open to the possibility of changing one’s ambitions.

Put Me in the Zoo was still on my mind this morning while I was at the gym and Kanye’s “Everything that I am” came on.

The two pieces are very similar. The refrain in “Everything I Am”:

Reminded me of the moral of Lopshire’s story. Being forced to recognize that he was not a zoo animal allowed the leopard to find a home in the circus. Whether you consider his spot changing antics tricks, or as Turtle Biscuit likes to opine him “being silly,” the truth of the matter is that the leopard is an artist. Exiled from the zoo he finds a home in the circus.

And as Kanye makes plain his insecurities in “Everything I Am”, he too reminds the listener that like it or not, we are often defined by what we are not–therefore it is incumbent to embrace all that we are:

Damn, here we go again
Everybody saying what’s not for him
But everything I’m not, made me everything I am