As a staunch opponent of mass incarceration, I loathe advocating for imprisonment in most instances and sex crimes are no different. Therefore, a multifaceted counseling strategy is, in my view, the strongest resource to curbing child sexual abuse. I would include quality sex and general health education as a form of counseling because schools and curricula shape individual and communal behavior. Again, it is important for young people to learn as early as possible that sex is not something to be ashamed of or to be kept secret. Moreover, incorporating teaching about mental and emotional health in schools will help everyone learn throughout their lifetimes how to process and articulate what is happening in their lives, and more specifically, what is happening to them. Expanding knowledge about healthy practices will not only lessen the likelihood that individuals might commit crimes, but it may also increase awareness around unacceptable behavior for young people. 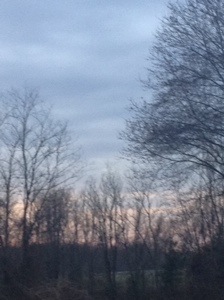 voice, “look I made the sun come out.”

It dawned on me shortly after my wife and I welcomed our second child that I needed to revive my Turtle Biscuit series. After all, how would it look to the girls a decade from now when they both can read and they realize that I documented my experiences with one but not the other.

And the more I think about it, just as I was eager to share tales of the lazy days I spent with Turtle Biscuit while on leave in 2011, the forthcoming trials and tribulations of being a commuter parent of an infant are also important, and worthy of reflection.

With that being said, I introduce everyone to Baby Biscuit, Little sister of Turtle Biscuit, Singing Biscuit and College Biscuit (formerly Teen Biscuit).

So this post went in a completely different direction than I expected, but the point/question still stands, should schools be able to govern the snacks we give our kids? In one sense this already happens with peanut & egg free classrooms that have become ubiquitous these past few years. However, do schools have a right to take this a step further and ban items such as Twinkies–even if we can all agree that Twinkies are not good/ideal snacks for children.

As a parent who routinely packs oreos and the like in his child’s lunchbox this question hits close to him.  Am I being hypocritical in espousing healthy eating then turning around and giving a child a snack that I know he will surely devour before he touches the fruits, veggies that also accompany his lunch?  And let’s be clear here, homemade cookies on a regular basis are not an option…

Two quick observations: 1)It’s only going to get more expensive 2) Public education doesn’t feel AOL that public when you’re at the level of a Berkeley or Illinois http://www.nytimes.com/interactive/2013/01/16/education/calculating-the-cost-of-college.html?ref=education

I agree wholeheartedly with this sentiment:

There are so many things wrong with this that I don’t know where to start. Let’s leave alone the fact that I don’t want my iPad anywhere near a bathroom, for fear of damaging it. Even if it were fully waterproof, I still think the iPotty is silly at best.

via The iPotty: Leave the iPad out of potty training, please – The Washington Post.

Turtle Biscuit only gets a kick out of seeing photos/videos of herself and her relatives on the ipad and smartphones. The last thing we want to do at this young age is get her thinking that she should be watching TV while on the potty.

Guilty as charged, and you know what, it is really hard to break this habit because what the author doesn’t get at is that not only is there a short term reward for the child, but for us parents as well. Look, I appreciate not having to wait two hours for Singing Biscuit to finish his chores and holding us hostage from getting on with our day when I promise him a $5 bill for his efforts. That said, I also cringe when he asks if he will get his “allowance” for doing some other task in the middle of the week. Those cringes are far and few in between these days because I’ve disassociated his allowance from completing his chores, but I still haven’t given up on the bribing habit.

I find the issue of bribing children — or to be more precise, the giving of blunt, uncreative rewards for desired behavior “If you just stop kicking that seat in front of you on the plane, I’ll give you 10 minutes of iPad time”; “Clean your room this weekend, I’ll give you 10 bucks”; “If you use good manners at Grandma’s house, I’ll let you have an extra brownie” — to be one of the more nagging challenges of being a parent.

via Modifying a Child’s Behavior Without Resorting to Bribes – This Life – NYTimes.com.

I get a chance to experience the Parent-Teacher relationship from both sides and Mosle is absolutely right in her arranged marriage analogy.

This is also something that gets overlooked in conventional ed-reform discussions because the pervading logic when it comes to poor parents is that they are ill-equipped to parent, therefore the emphasis should be on producing better teachers.

The teacher-parent relationship is a lot like an arranged marriage. Neither side gets a lot of say in the match. Both parties, however, share great responsibility for a child, which can lead to a deeply rewarding partnership or the kind of conflict found in some joint-custody arrangements.

via The Dicey Parent-Teacher Duet – NYTimes.com.

Prior to becoming a father if you asked me to define a selfish child, I’d say a kid who doesn’t like sharing.  The prime example that I’d give is a kid who doesn’t share his toys with other children or siblings.  Now after cutting my teeth as a parent, I’m realizing that children are inherently selfish.  The degree to which they remain selfish, or rather how this manifests as they mature over time is what distinguishes each child.  Moreover, being selfish is not a bad thing.  In other words, being selfish is not the same as being greedy or lacking empathy.

What brought this to mind is something that took place last night. Snuggle biscuit and I had to make a late run to the store to pick up some household stuff.  We left Teen Biscuit in charge with the mandate to take a shower and have Singing Biscuit in bed by 10:30pm.  When we left the house it was about 9:45, so we informed him this was going to be a quick trip because we wanted to get to sleep ourselves.  Had Turtle Biscuit not run out of diapers, we wouldn’t have even made this trip…

When we returned home at 10:52, not only was Singing Biscuit still up, but Teen Biscuit had not taken a shower, lights were on all over the house, and tvs were on in both the living room and in the basement.  Thus instead of coming home to a calm environment, we returned to a homemade version of Dave & Busters.

Teen Biscuit was not being malicious in not fulfilling his charge, he simply wanted to hang out with his little brother some more (plus he’s afraid of the dark which is why he always lights up the house when he’s alone).  But, by not heeding our wishes, he now put us in a position to have to calm down a now hyper Singing Biscuit, a problem that would doubled the following morning when we had to drag his sleepy-Singing-Biscuit self out of bed for baseball camp the next morning.  And at 8-years old, the only thing that Singing Biscuit could think about when we told him to get right to bed is that whatever show he was watching wasn’t over and that he wanted a snack–preferably something loaded with sugar.

When these two boys turn into grown men and they’re calling their Mama every weekend, tending to their respective nieces and nephews they’ll argue tooth and nail to any assertion that they were once selfish little biscuits. How do I know, well because I’ve done it myself.

What we as adults fail to realize at times is that being a selfish child is not a bad thing–it’s an evolutionary phase.  Had Snuggle Biscuit and I tried reprimanding Teen Biscuit last night it would have been a losing effort on our part.  It would’ve taken too much analysis to get him to understand why he did what he did.  And once he did understand, the takeaway would’ve been its understandable that children are selfish.

Its in moments like these where I almost wish I wasn’t such a self-reflective parent.  I feel as if I would have more fun if I came in like my parents screaming, belt or shoe waving and forcing the kids to scurry like mice.

But I can’t.  I’m not my parents.  Plus, that would be just plain selfish…

Being a parent is inevitably an opportunity to relive our own childhoods because our own experiences as children often define the kinds of experiences that we hope our own children to have, or not have.  Parenting presents ample opportunities to indulge in some of our favorite childhood pastimes and discover new ones via our children.

I often steal a few of Singing Biscuits chewable vitamins when no one’s home.

Whew.  That feels so much better.  I am glad I got that off my chest.

You see it began innocently enough with a taste to see what these vitamins were like.  Once I discovered they’re essentially “healthy” gummy bears I was hooked.  A vitamin every now and then quickly morphed into a couple of times a week, and occasionally, every day for a week.

It’s not as if I don’t have my vitamins, I do. And I take those everyday.  But his vitamins are just so much tastier.

Freud would blame my mother (doesn’t he always) for this addiction because she was the one who’d administer my daily dose of cod liver oil when I was a child.  I can still see her waiting for me by the door as I got ready to leave for school.  Spoon in hand with that slimy concoction always on the brink of falling off the spoon.  As my luck would have it, regardless of how much I stalled it never fell off, except when it dropped into my mouth.  Mom’s voice is forever etched in my mind: “it’s good for you” she’d declare as my face twisted in disgust.

Singing Biscuit has never had to experience the ignominy of these cod liver oil mornings.  Kids these days have bubble gum and fruit punch flavored everything.

Had I been fortunate enough to have gummy vitamins as a child i would not have to stoop so low as an adult.

With time, therapy and a bit of behavior modification, I know that I can kick this habit, but until then, I will continue sneaking in my gummy vitamin fix on the lower frequencies of life.